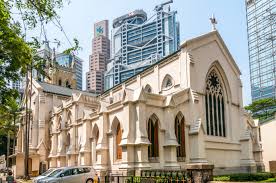 Friday morning dawned bright and sunny and hot and humid.  Edward manged to sleep until 04h00 and I managed to stay in bed until 06h00!  Then we got up and started the day.  Its Good Friday so we said some prayers before coffee.  Once up ad dressed we walked down the hill to St Johns Anglican Cathedral – the oldest in Hong Kong.

We sat inside quietly contemplating the significance of the day and our culture.  We didn’t wait for service as it was only due to start at 11h00 and we were well before that.  We walked further down the hill.  As the city is so multicultural Good Friday is not a ‘bank’ holiday.  Rather it is respected as an important religious holiday and if I is your religion then you can have the time off.  Nice way of doing it I think.  On the way down the hill we passed a previously unseen pavement entrepreneur selling rosaries and crosses and religious icons – all ready for a big day.  Hong Kong always seems to have a spot for someone willing to make a few dollars.  :-)

Edward and I thought that we might like to find the MIDLEVEL ESCALATOR which is apparently the longest escalator in the world.  So off we went.

A few false starts even with Goggle Maps but eventually we found the Queens Road and the MIDLEVEL ESCALATOR along with a big sign telling us that sections of the elevator are closed for upgrade.  Undeterred we ventured up.  The first section is not at all steep and is a travellator rather than an escalator.  Likewise, section 2 is a travellator but is more interesting as you start seeing in the 2nd and 3rd floor windows.  After that the sections get steeper and the upper floor windows become even more interesting.   Some of the little coffee shops you pass are no larger than my box room but are all doing a good business.

Edward didn’t want to take a break at one of these little coffee shops as he thought they were all prostitute joints!!  I couldn’t see any evidence of that and even if they were all the people were dressed in banking business attire.   We finally came to the second from last section which is where the upgrading seems to be happening.  Over this section we traversed some steps and alleyways and eventually came out at the final section of the escalator which took us up to the MIDLEVEL of the Peak and into suburbia.  Very interesting to see I must say.

We chose then to follow the signs to the Botanical Gardens as this is right next to our hotel.

Off we went along well marked paths, under overhead roads,

next to deep flood defence furrows and over small bridges – and loads of stairs – until we finally entered the Botanical & Zoological Gardens just behind the lonely Burmese Orangutan.  I just couldn’t bring myself to look at the poor creature in that small cage.  From there it’s was a quick walk of the bridge and into out hotel   By this time is was sweltering and about 14h00 so we went back to our room, drew the curtains and had a rest.

We got up about 15h30 and took a cab to Wan Chai to meet up with Bart sometime between 5 and 7pm.  It was so exciting to be gong in a different direction.  Basically, turned right instead of left when we exited the hotel.  We got dropped off at TIMES SQUARE which is apparently the largest “vertical” mall in the world – really??? Methinks they need to measure some of the Malls in Dubai and Doha which can definitely give this building and mal a real run for its money.  However, it was not the Mall which captured our attention.

Rather it was the melee of people and the street market which drew us.  The was a real “street” market.  The kind of the I had been hoping to experience at the Ladies Market.  Edward was also taken with it and he got us both a new handy screen protector and charging cords.  The crowd was so big and busy and multicultural but there was no aggression or angst.

I did the hold my bag close though, but I think it was more from habit than necessity.  After a while I of course needed a pit stop but finding a western toile that is of a standard you can use becomes quit an art.

Eventually we found a Pret-a-Manger franchise so we had a coffee as well.  After a short respite it was out into the frey again – very exciting and invigorating.  Finally, we met up with Bart under the Clock Tower at Times Square. I will have to change his nom-de-plume from Dr Gorgeous to Dr Indiana though.  What an adventure he has been on!  We wandered around the vertical mall 3 stories of restaurants until the boys finally decided that they wanted to eat Vietnamese food and we found a place to stop.

After disembarking the QM2 in Melbourne Bart hired a car and drove to Alice Springs and then to Uluru – Ayres Rock.  Then he went to Papua New Guinea where had several adventures.  First with a crocodile that jumped almost 2 meters into the air and broke the screen on this GoPro.  Second was when he came across a big pile of bombs whilst he was wondering about the tropical forest.  He at first thought that as there were so many old ‘bombs’ and ammo in one place they must all be safe.  After handling a few of the missiles her learned that like Africa PNG is not for sissies and all the ammo was live!!!   How lucky does one guy get – not being blown up whilst throwing live ammo about!!    Thirdly – and perhaps most deadly = he got attacked by a tiger shark which almost took his right leg off!!!

Whilst touring alone Bart found some like minded people, mostly Australians, who were up for a boat trip to do some deep-water diving.  After the dive they were waking a slow cruise back to land when the boat got surrounded by small dolphins.  Bart thought it would be a good idea to hop back into the water and swim with them.  So, the boats driver tied a hover board and line to the stern and in he hoped.  As Bart was having such fun playing in the wake he hardly noticed that the dolphins had disappeared.  Then he felt as though he “knocked” his right foot on a tock.  It felt cold, but the medical brain took over and he could waggle his toes.  As he was wake surfing he couldn’t raise an arm to attract attention or he would have lost his grp on the board and been lost at sea. 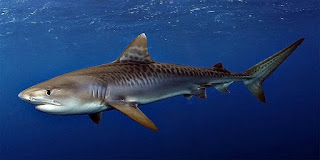 Luckily for him there was an attentive deck hand who noted that he had stopped ‘plying’ in the wake and started to haul him in.  Once back on board his injury was evident and significant.  Australian ER nurse to the Rescue!!  Leg was elevated, cold compress applied to bleeding wound and a below knee tourniquet as the ankle was bleeding a lot.  Finding good clean medical help once ashore turned out tot be a bigger problem than anticipated.  Finally found an open ‘hospital’ with 2 doctors who said they would help.  Luckily for Bart he opted to watch the doctors at work and guided the surgeon who was suturing his leg.  It is still in a bandage and he is limping but what a story!!  I think I need to get some of his photographs though. 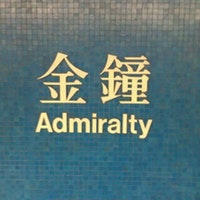 It was a lovely long chatty supper but finally we had to go home and we took a METRO to Admiralty and then a 12 to Garden View.  What a wonderful time we had in Hong Kong.  Definitely have to come back!