Arrived in Hong Kong at 07h30.  Made it through immigration and customs without a hitch.  On our way out of the terminal we exchanged US$200 for HK$ so we each had just over 700 to play with.  Then a quick stop at the tourist information desk.  A really well-spoken Chinese tourist agent gave us a nice map and metro map and advised us that it would be best to take a cab to our hotel. 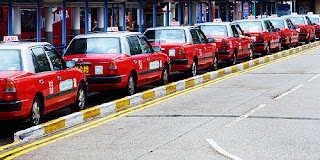 We had to take a RED CAB as these are the only ones allowed to drive in the city!!  There are also BLUE and GREEN cabs which go to different places and we never actually found out where they go.  (Just looked it up and RED cabs are Urban, GREEN are for New Territories and BLUE are for LANTAU)   We briefly thought that we might take the Metro but decided against it.  We hadn’t slept well and although early in the morning it was HOT.  As it turned out taking a cab was a very good idea.  The drive from the new airport that is built on reclaimed land took us about 45 minutes.  It is quite interesting as most of the motorways are built above ground or just briefly touch ground and then go into tunnels.  Well, it seemed like that anyway!  Drove past all the signs for Disney Hong Kong which brought back ship memories.  The hotel that Edward booked is on Hong Kong island.  You forget when you are talking about HK that it is a very steep island.  The GRAND VIEW HOTEL is at No 1 McDonnell Street and shares an address with the YWCA.  It is a nice little boutique hotel.  We couldn’t sign in until after 12h00 but they were kind enough to take out luggage whilst we went out.  The hotel is literally across the street from the Botanical and Zoological gardens.  We went for a nice walk around through green trees and shrubs and red birds and fountains – very calming after being cooped up in a plane or airport for so long. 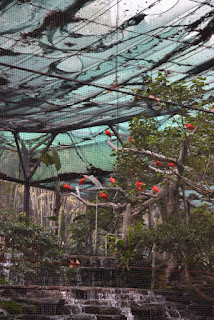 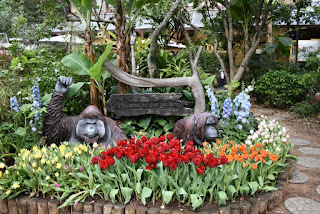 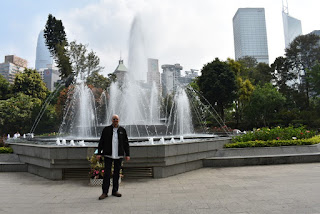 We went back at the hotel and found out about the busses.  Turns out that we couldn’t have planned it better.  The bus stop is literally 20m from the front door and if you take 12A to Admiralty you find a really nice shopping Centre with lots of eateries and coffee shops.  Edward was by this time very tired and testy and it took a lot of my self-control not to get very angry with him.  In the end we found somewhere to have something to eat – Ramen noodles and broth which was fabulous.  Then a little walk about the mall just to see what was there and they we paid the HK$4.30 for both of us to take the bus back up the hill to the hotel.  By the tie we got back the room was ready!!  A quick shower and we drew the curtains on the sunshine for a 4 hour nap.  Time changes take their toll!! 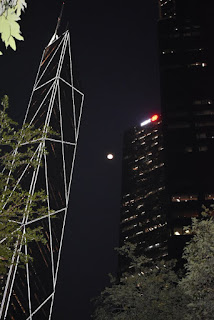 Once we awoke we went around the corner to a supermarket called FUSION which is spread over 3 floors, but we managed to find milk, lots of water, coffee for me and fruit for Edward.  This was a real find for us as I also bought instant oats and some Greek yoghurt, so we had breakfast sorted for all 4 days.  Later we took the bus down the hill and had a little wander around the water’s edge but the time change caught up with us and we were in bed by 10pm again. I sat up and watched a little TV but Edward was straight off to sleep!!