uckland, New Zealand 11 February 2011
I actually arrived in Auckland a day before my ship. This was due my escorting a sick guest shore side in Fiji and then flying onto Auckland to continue her treatment. 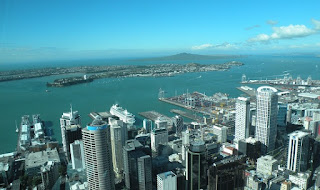 We all took an early morning flight from Fiji to Auckland, and allowing for time adjustment we arrived t midday.  After checking into the hotel and finding out that we couldn’t actually go to our rooms as they weren’t ready, we headed down to the QUAY MEDICAL CENTRE to find the hyperbaric chamber so Lisa could get check out by the expert and perhaps go back in for more treatment.  Great people run that place including a really nice, well qualified South African guy called Johann – we are everywhere in the world aren’t we??  This team helped Lisa fantastically and I left her and her husband Al in their capable hands and went off to find “Ruby Wax” beauty salon to spruce myself up for the ship’s imminent arrival.  Hadn’t seen Ed for a couple of days and wanted to be at my best for him so I had all my nails done- hand s and feet – and a complete ‘defluffing
I also magically had my eyelashes permed and dyed!!  Didn’t know you could get your eyelashes permed but they came out fantastically and it made such a difference that I hope I can get it done some place else as well.
The Crystal Serenity pulled into the harbor before 08h00 on Friday morning and all 3 of us were so happy to see her.  I got Lisa and Al back onboard and then reported to the med cnt to update Dr Ralph on all the happenings.  Then I found Ed……… 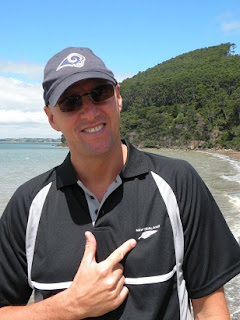 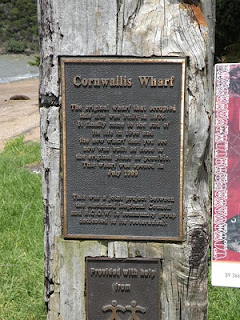 Whilst I had been in the Quay med cnt.  I had made an arrangement for Ed and I to meet up with Johann and his girl Jennina and they took us for a fabulous drive out of the city.  We had a great stop at Cornwallis Wharf where you can see the volcanic sand on the beach. 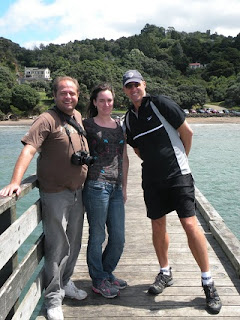 Then we went and had lunch at a great restaurant called Elevation that has a purely panoramic view of Auckland from a distance. 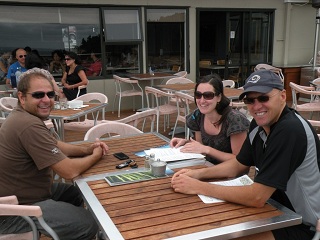 Really nice and the food was good as well.  Ed tried some of the local beer and deemed it “the moistest”.  Then we drove on to Waitakere Regional Park where we walked through an informative visitors centre and played outside a bit – 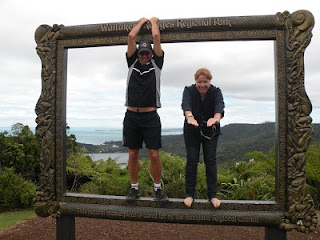 Ed even tried driving on ‘our’ side of the road!!
Back in Auckland we went down to the shore side to check out the yachts – fabulous, fabulous, fabulous!!  And we stopped off for another beer at one of Johann and Jenina’s favorite hangouts 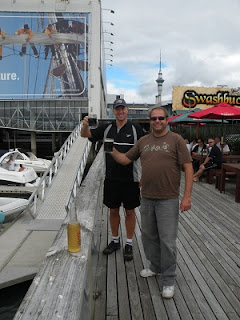 From contemplation of this fab outlook from Magnus ‘the hero sailor it was back to reality and the ship and I was back on duty in the evening again. 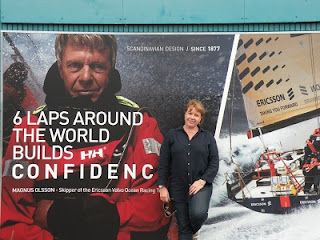